“The first time they worked together was on John’s memoirs… and they had so much fun they wanted to repeat the experience.”

“[B]etween them they have written several successful books as well as comic book series. And trust me when I say that these stories are really, really good.” 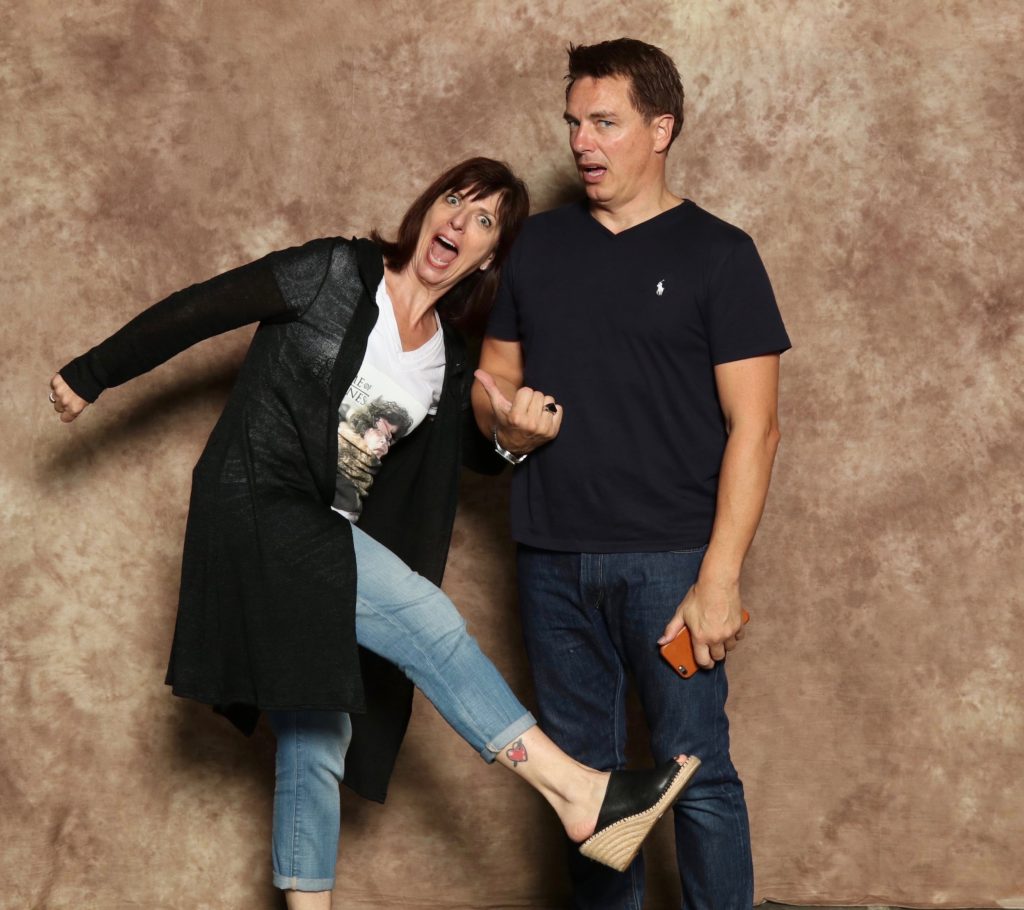 Carole and John were born and raised in Glasgow, Scotland. They insist this explains their inherent silliness, regular sarcasm, and their love of sweets. Carole and John have collaborated on seven books and a number of comics together.

Carole’s white nose is a result of 1970s sunscreen. Not sure the reason for John’s tie poolside in Florida.

John has been entertaining audiences since he sang “Milly, Molly, Mandy” at his mom and dad’s parties when he was known as “wee John.” He lives in Palm Springs, CA, with his architect husband of 24 years, Scott Gill, and their two dogs (all three are pretty cute).  John has been on lots of television and stage shows, including playing Captain Jack on Doctor Who and Torchwood. He’s currently Malcolm Merlyn on the CW’s Arrow.

Carole likes to watch lots of television and see stage shows. She’s a professor of English and the director of the creative writing program at Alverno College in Milwaukee, WI, where, among other things, she teaches a class called the “Future in Film and Fiction.” Carole lives in Wauwatosa, WI, with her husband of 34 years, Kevin Casey, Dean of the College of Arts & Sciences at Alverno. They have two children and two grandchildren. 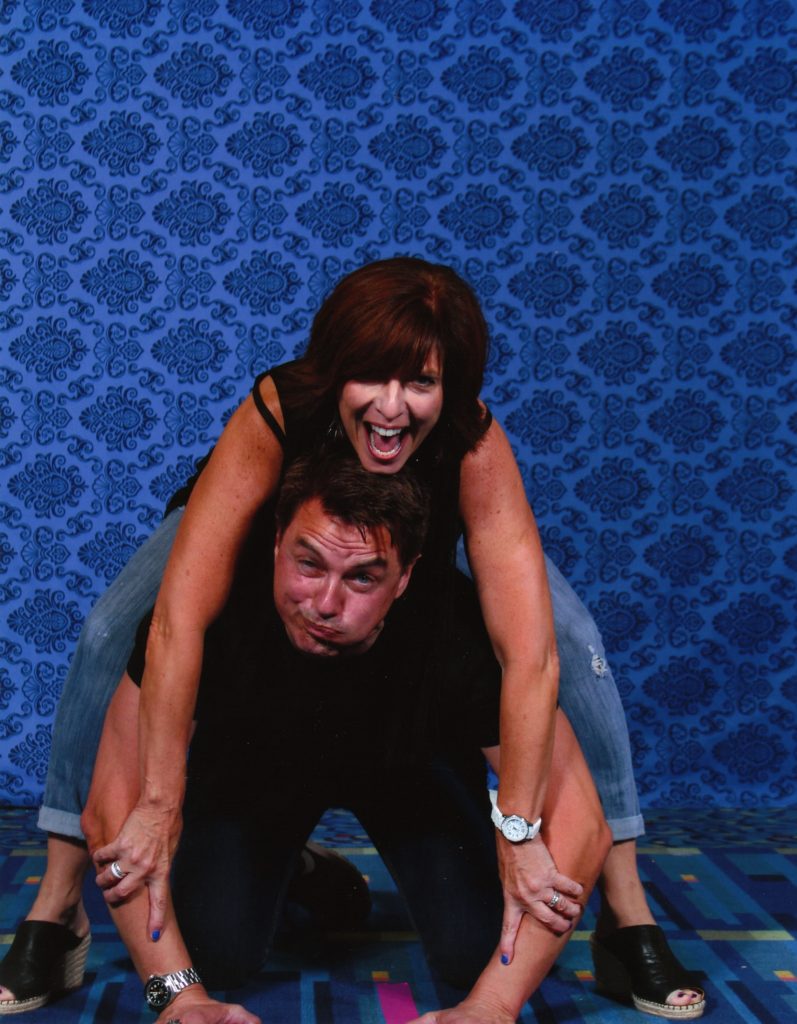